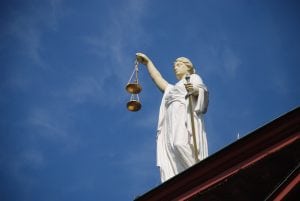 The question was put to the Supreme Court of the United States. “If a company that regularly attempts to collect debts it purchased after the debts had fallen into default is a “debt collector” subject to the Fair Debt Collection Practices Act?” (Henson v. Santander Consumer USA, Inc. (n.d.). Oyez. Retrieved March 19, 2018, from https://www.oyez.org/cases/2016/16-349)

The plaintiffs asserted that the phase “owed” was the past tense of the verb phrase “to owe.” They also claimed that this would exclude originators of the debt but include the defendant and others who “purchase debt” and then collect on it. While they did agree that some are excluded as debt collectors, they argued that since the debt was originally owned by CitiFinancial, that the defendant should be a debt collector under the FDCPA.

In a unanimous decision the Supreme Court affirmed the lower courts decisions. In the opinion of the court, drafted by Justice Neil Gorsuch, mentions two related issues that were not addressed by the courts as the plaintiff did not bring them up in their writ of certiorari – the request for the Supreme Court to review the case. One of the two issues that was not addressed – but which may have yielded a different outcome – was that Santander Consumer USA, Inc. does regularly collect debts owed another as a part of their business. The other issue raised was one where the parties alluded to another definition of “debt collector” – however since arguments about that were not heard in lower courts, it was not addressed in this decision either. These two issues leave open additional avenues for consumers to be able to pursue in courts with companies who currently fit in the same group of debt purchasers as Santander Consumer USA, Inc.

The opinion of the court went further as to state that the explanation of the Fourth Circuit’s interpretation of the Act which defines debt collectors as entities who collect debts “owed…another” on a regular basis as part of their business. This seems to exclude those who own the debt despite how it was acquired – origination or purchase. The opinion also pointed to the petitioner’s claim that Congress would have – had they been faced with debt purchasers 1977 when the Fair Debt Collection Practices Act as passed – included them in the definition of debt collectors under the FDCPA.

In conclusion, the decision of the court was that it is not their job to rewrite what Congress passed. Although it is not difficult to see where things could be included to clarify or removed to make it less muddy, it is not in the court’s purview to make such alterations. The opinion even went so far as to say that this was something that Congress, not the Supreme Court of the United States, should resolve. The court affirmed the judgment of the Court of Appeals.

Santander Consumer USA, Inc. acquired the debt – in this case defaulted car loans – as a part of a much larger purchase of the automotive loans that CitiFinancial was divesting themselves of. The purchase of the debt made Santander Consumer USA, Inc. the owners of the debt. They began collecting on debts that were owned by them. The court case that ensued as a result was decided in their favor as under the Fair Debt Collection Practices Act they did not classify as a “debt collector” as the plaintiffs alleged – because they were collecting on a debt owed (past tense) to another (CitiFinancial – originally).