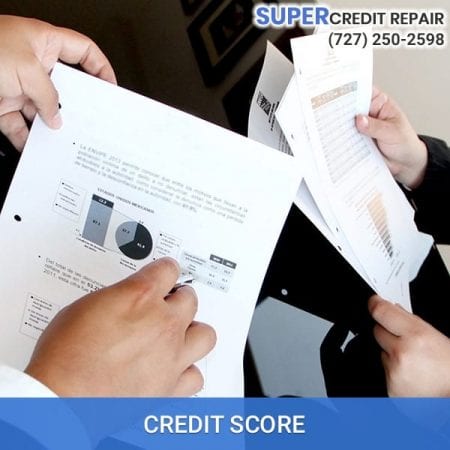 In order to understand and appreciate the benefits of repairing one’s credit, it is imperative to understand the credit score and its significance in the steps one must take to repair credit damaged by bankruptcy, foreclosure, repossession, and other factors.

A credit score is a numerical expression, based on a level
analysis of a person’s files, to represent the creditworthiness
of an individual. A credit score is primarily based on a credit
report with information typically sourced from credit bureaus …
(all emphasis original)

As regards consumer credit in general, the credit score is highly important – a “big deal”, if you will.

A person’s credit score can mean the difference between being denied or approved for credit, and a low or high rate of interest. A decent credit score can be a deciding factor as to whether or not a person is offered a lease… or a car loan.

A credit score is a three-digit number (from 300 to 850) that is generated by a mathematical algorithm (al-go-rithm noun: a procedure for solving a mathematical problem in a finite number of steps that frequently involves the repetition of an operation… Merriam-Webster).

According to the website Bankrate.com, the credit score “…is designed to predict risk, specifically, the likelihood that a debtor will become seriously delinquent on credit obligations in the 24-months after scoring.”

The number one credit-scoring model in the United States is the FICO credit score that was developed and implemented by the Fair Isaac and Company firm. Information posted on FICO.com claims that “90% of all financial institutions in the United States use FICO scores in their decision-making process.”

Typically, consumers have three credit scores, one each for the three major credit reporting bureaus in the United States. Those are: Experian, TransUnion, and Equifax. Since 2009, TransUnion and Equifax have only used FICO scoring – Experian ended its agreement with Fair Isaac and Company in that year.

Credit scores are made up of data taken from credit reports that are filtered in five major categories, as follows:

A credit score is NOT affected by personal or demographic information such as age, race, marital status, income, or employment.

Federal law dictates that consumers have the right to obtain a free credit report every year from each of the three major reporting agencies noted above. The report is free – a consumer does not have the corresponding right to a free credit score. Some websites have free FICO-score “estimators”, but to get a free FICO score, the consumer must either purchase it or obtain it when approved for credit of some sort.