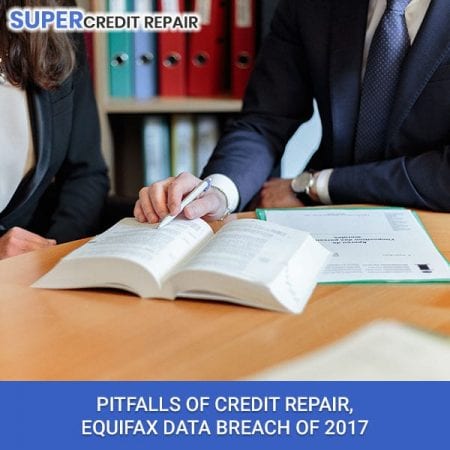 In our ever increasing technological world, and the exponentially increasing importance of credit repair in our daily lives, it’s important to know how difficult it can be, what you’re getting into and who might be able to genuinely help you. You might know Equifax as one of the premiere credit reporting companies of 2019, having a fairly solid reputation in the industry of credit assessment. What you might not know though, is that Equifax was founded in 1899 as a “Retail Credit Company”, placing its founding squarely in the time-space of settings like the popular Rockstar game “Red Dead Redemption 2”, and the same year it would be the first time the word “automobile” appeared in a major editorial publication in the United States. Despite these humble and historic beginnings Equifax continued to grow for over one-hundred-twenty years and continues to exist to this day, employing over ten thousand employees and generating billions in income each year.

Flying strong in the credit risk assessment industry with competitors like TransUnion and Experian, in mid-late 2017, Equifax ran into a bit of turbulence when it was hacked and exploited by an unknown party, exposing approximately one-hundred fifty million Americans’ sensitive data, including things like social security numbers, full names and drivers license information. To this day, it remains unknown where the data went, as of 2019 there are only speculations in light of the fact none of the information has since surfaced for sale on the dark web, a segment of the internet usually only accessible by special modified browsers through virtual private networks where nefarious trading with varying illegality is known to and often takes place. Some experts speculate it could have been a foreign government, as the methods used to extract the information and the tools used were quite sophisticated. It took the unknown party several days to gain access, and they extracted information for the next seventy-six days before Equifax discovered the exploit.

Occurring in July 2017, Equifax notified the public of the breach in September later that year, where one software engineer working for Equifax was soon after being charged with insider trading for selling stock prior to the breach being disclosed to the public. When Equifax did notify the public, many consumers scrambled to check if they were indeed affected and the resulting internet traffic caused Equifax’ website to become intermittently unresponsive as a result of being choked with congestion. In 2017, the same year the data breach occurred, a man named Christian Haigh won a case against Equifax in Small Claims Court which garnered him $8,000 from the credit bureau giant, in lieu of the data breaches that affected millions of Americans. The judge ruled in Mr. Haigh’s favor for the costs of credit monitoring, ongoing emotional stress, for Equifax’ willful non-compliance with regard to the requirements of the Fair Credit Reporting Act, and court costs in January 2018. As recently as January 2019, a chief judge of the U.S. District Court in Georgia ruled that class-action lawsuits against Equifax for the breaches had legal precedent and would be able to move forward, stating the breach was unprecedented, commenting that Equifax’ security systems still aren’t adequate and another breech he considered an imminent affair. Equifax contended in this legal case that no real harm resulted in the breach, merely only speculative harm in the future. The judge looked into an eighty page order from claims of almost a hundred consumers who were affected by the breach.

In light of all of this, some legislators have been keen on introducing bills that would strongly urge credit reporting companies to take a much higher responsibility for their vigilance over personal data they have access to, and Equifax did issue free credit freezes, preventing someone from opening any new accounts in your name in an attempt to steal your identity, which expired in June 2017. In an ever increasing technology oriented world, these types of security and data breaches happen at an alarmingly common frequency, making it ever more important to be in charge of your credit score, and if you must, having it managed by professionals with your best interest and safety of information in mind. It’s even possible for phishing websites, with a clever enough disguise, to prompt you to enter in legitimate information in hopes to rob you of that valuable data, to later impersonate you and decimate your credit score, all the while looking to most casual users as a true mirror of the original website. Despite the advances in the technological world that affect how this industry grows and behaves, there are still things to look out for when looking for legitimate credit repair. There are many more companies, if you could call them that, that aren’t a legitimate business but are instead a clever scam.

One of the main red flags to look out for are ads from companies that promise you a brand new identity, a completely new start with your credit, often asking you to do questionable things like demanding compensation before any work is done for you, encouraging you to give wrong or false information on applications, instructs you to give blatantly false information when you know it is correct, or perhaps they aren’t explaining your rights legally when pitching what can be done for you. Often, these shady companies will assign you a number that looks very similar to a social security number, and direct you to use it on your applications moving forward. What they aren’t telling you, is many of these social security numbers are stolen, and you are likely paying them to be complicit in their identity theft scheme, not something anyone wants to get involved in on a path to repairing their credit. There are many resources available to attempt credit repair yourself, but should you require a little more piece of mind, that your personal information being handled by professionals with helping you in mind. For over 25 years, Super Credit Repair & Julian Credit Management has been professionally serving the Bay Area in most matters dealing with debt obligation, credit repair being one of the many facets they can tackle. When embarking into the world of credit repair, it goes without saying, be careful who you trust with your personal information.